Well after a 6-month long holiday, orientation for my new school started. And so I got my stuff ready.

I was kinda excited since I didn’t keep in touch with friends in a very long time. And also, it was going to be my first time cycling to school. Thankfully, on the first day, the skies were clear, and there weren’t any signs of the weather raining anytime soon. My grandfather told me the easiest way to cycle to school was this park connector which runs through a canal, and that I have to cross three junctions.

Of course, I took a couple of photos on my journey to school. 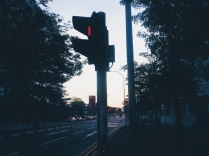 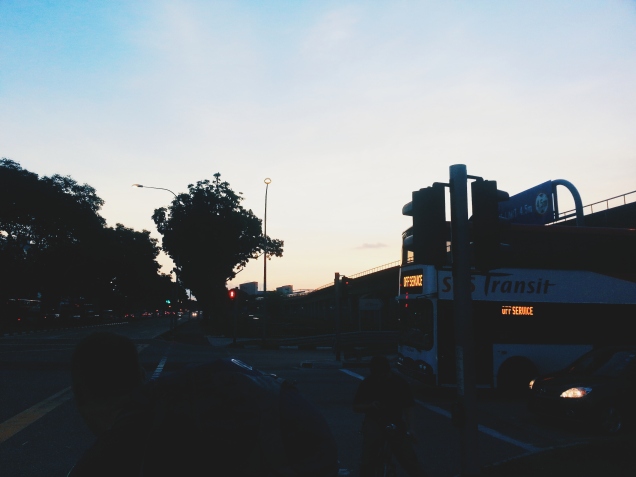 On the first few weeks of school, I would usually park my bicycle in the void deck opposite school, then eat my favourite Egg Prata with a glass of Milo in the coffee shop nearby.

After Breakfast, if I have the time, I would sit in the benches in front of the block of flats and stare blankly at the traffic. 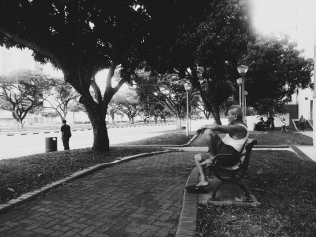 Actually after a few weeks, I found a much faster route to my school, which was through another canal which runs behind this forested area. Sometimes you can find monitor lizards and snakes and stuff. In the canal, you can find otters too! 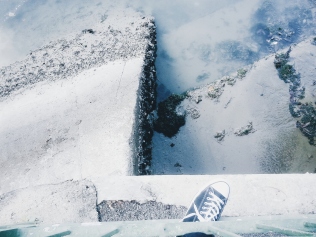 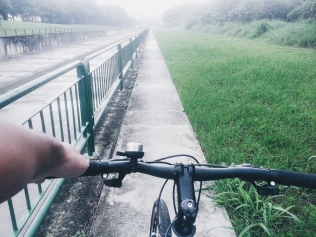 By the time school ends, it would be like around 6 in the evening. So, I kinda have to cycle in the dark sometimes.

If I choose not to cycle home immediately after school ends, I would stay in school until 9 at night and probably do fun stuff with my friends. 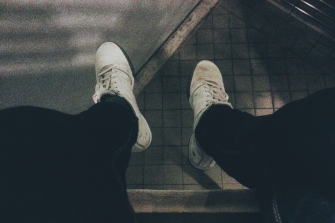 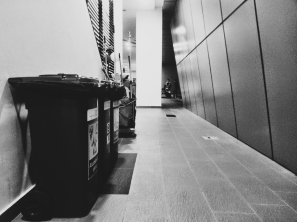 I remember that Friday on Week 0, when I made really good friends with a guy named Jian Shun. We sat together during a School Olympiad and we did all the sneaky photo-taking and cheering together.

Our recess times are like, on average, 3 hours long. In the three hours, normally we would go to the library to study.

Haha there were times we would also goof around in the library like the time he broke my watch.

I remember there was this Co-Curricular Activity fair and the both of us signed up together for like 7CCAs. One of them was Music Vox. I signed up as a vocalist. Actually, I didn’t know what I was thinking. I have never performed in front of people before, neither do I have any vocal experience. So during the auditions, I screwed up here and there, and as a result, I didn’t go through the first round.

Every Friday, at 1 in the afternoon I would have to go to a nearby Mosque to do my prayers.

Thankfully in the school campus there are spaces where we can do our obligatory prayers too.

So far after my 5 weeks here, this school’s amazing. You have awesome classmates (who are like soccer fanatics), and little kittens that run around the corridor. 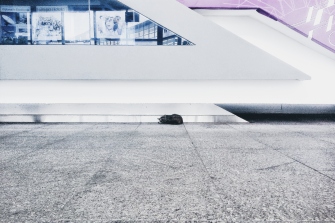 This school’s huge too. There are a lot of hidden rooms and passages to explore. My seniors would also share spooky ghost stories. Like that time tables and chairs turned over and stuff. Actually, the more I explored the school, the more fascinated I am with the school’s architecture.

Like the seniors, many of the staff here too have lots of stories to tell on their experiences here in this school.

Haha so those were my 5 weeks of school so far here in Temasek Polytechnic. Sadly I’m going to be transferring into a University in a few weeks so I’m definitely going to miss all of this. 😦